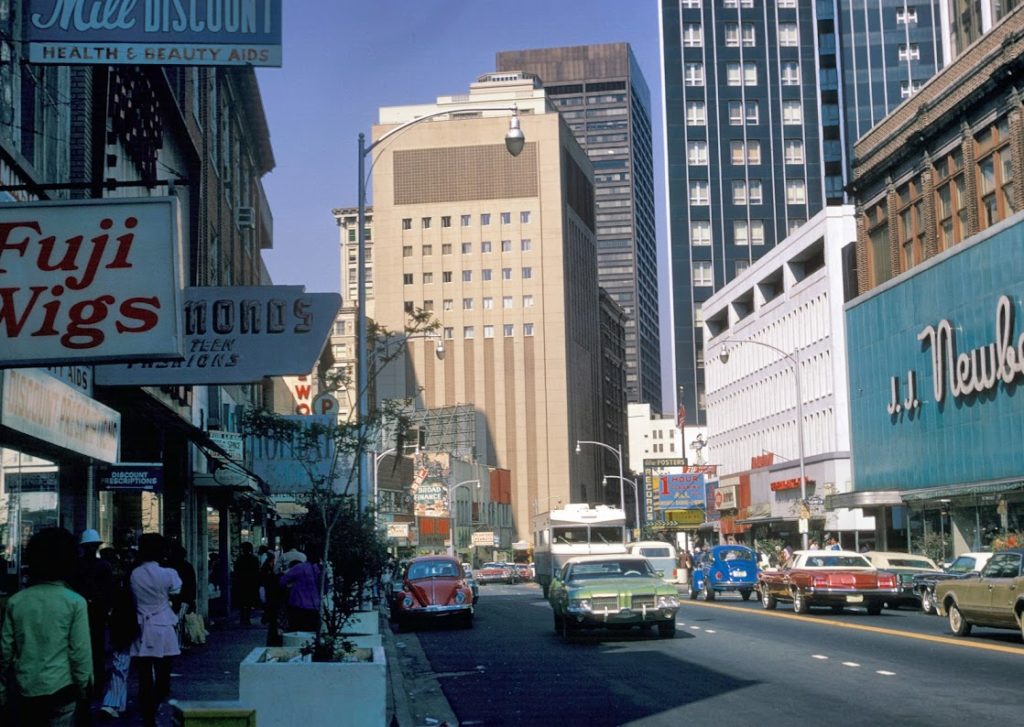 Broad Street as a thriving downtown street in 1974 just prior to the construction of the Five Points MARTA Station. Photo credit: University of Wisconsin-Milwaukee, Harold Mayer Collection

Recently, MARTA announced the awarding of a $25 million RAISE grant for the Five Points station and publicly shared a first peek at concepts for its busiest transit station located in the heart of Downtown Atlanta. The additional funding, bringing the total project budget to $200 million, gives us an opportunity to do something truly transformative where it’s needed the most.

While early design concepts are focused on rebuilding the plaza and canopy and cementing the presence of a major hub for bus parking, the redesign of Five Points is about so much more than a transit station or transportation hub. It is about transforming our Downtown as a place. Our aspirations for Five Points should embrace the following goals: 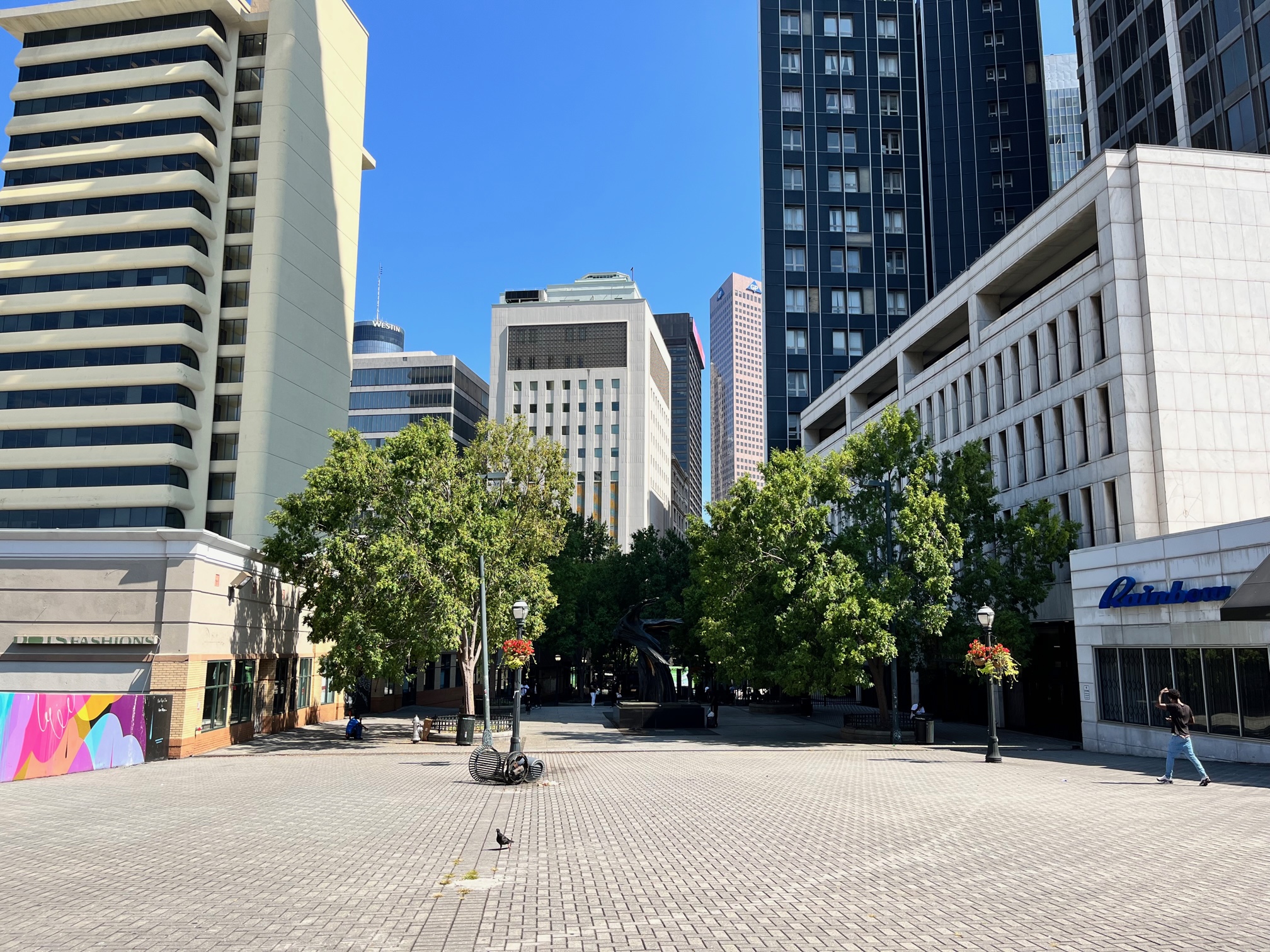 Broad Street Plaza as it exists today north of the Five Points MARTA Station. Reconnecting this street would better organize the entire block for future vertical development and should be designed as an exceptional public space for all users. Photo credit: Kevin Bacon

The most successful and memorable cities across the globe are putting people first in the physical design of streets and public spaces. They understand it’s the key ingredient of a vibrant, thriving city. Closer to home, cities such as Washington DC and San Francisco, both with transit systems that are contemporaries of MARTA, are weaving transit stations seamlessly into the urban fabric of the cities they serve.

Most recently, the Lower Manhattan Development Corporation reconfigured the former superblock of the World Trade Center site by reconnecting key streets to accommodate private redevelopment, memorialization of 9/11, and improved transit infrastructure. The redesign has improved not only the walkability and access of the site itself; it has drastically transformed the experience of Lower Manhattan for the better.

The re-organization of the World Trade Center site following 9/11 illustrates how improving the fundamental relationship of site and city can maximize transit accessibility when approached as an integrated endeavor. Photo credit: City of Atlanta Department of City Planning

Downtown Atlanta is going to change dramatically in the next 5-10 years as long envisioned development projects such as Centennial Yards, South Downtown, and Underground Atlanta finally move forward. Five Points is the centerpiece to making sure all of these are successful and intertwined in a way that creates a cohesive and successful Downtown.

This is the moment for us to prioritize the physical design of our city to achieve the best possible urban experience. Our transportation investments have always been our single, greatest means to take on the act of city-building. These investments should always be designed from that starting point: at Five Points and anywhere transportation dollars are being spent.

Kevin Bacon recently joined the planning and design firm of Toole Design as Director of Urban Design for the Southeast Region. Mostly recently he was employed by the City of Atlanta’s Department of City Planning. During his six-year tenure with the City he served as the Director for the Atlanta City Studio, Director for the Office of Design, and Deputy Commissioner for Strategy. He has over 14 years combined  private and public sector experience as an urban designer. Kevin is a graduate of Georgia Tech’s Architecture and City and Regional Planning programs and has lived in Atlanta for over 20 years.