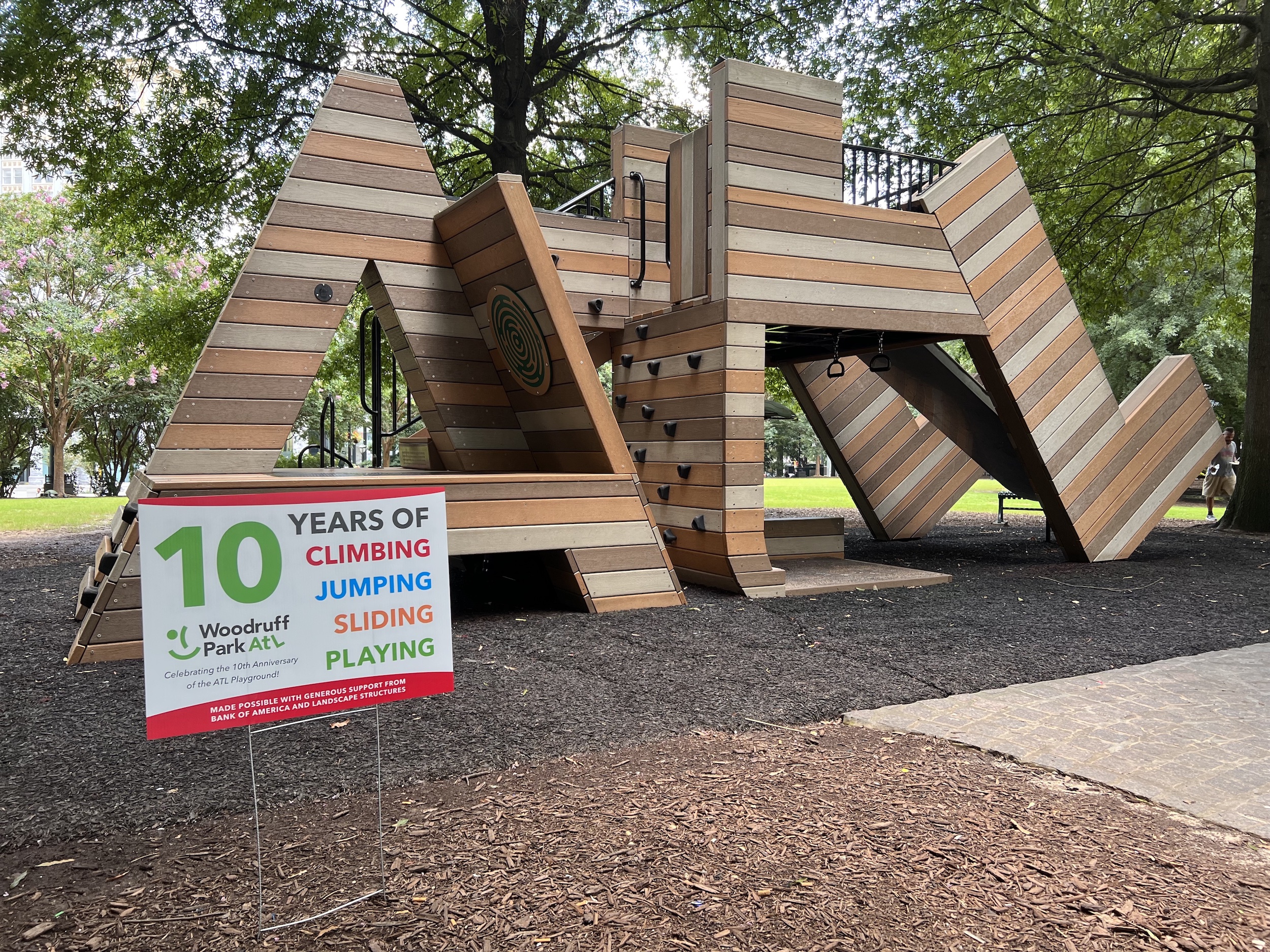 The unique landmark structure opened to the public ten years ago on July 17, 2012.

The iconic ATL playground in Woodruff Park is a fixture of Downtown Atlanta. Walk by on a sunny day, and you’ll see children climbing its walls, swinging on its monkey bars, and gliding down its slides. Since its installation a decade ago, the playground has provided children with a fun and entertaining way to spend time Downtown, while also paying homage to the city we love.

The project began in 2010 with an international design competition held in partnership with Bank of America, Georgia Institute of Technology, Central Atlanta Progress, and the Atlanta Taskforce on Play. More than 100 applications were judged by a panel including representatives from Metropolis Magazine and the Design Director of Parks and Cultural Affairs for the City of Atlanta.

Santos went on to explain his inspiration: "The sports teams, hip-hop artists, and youth refer to their city as the ATL. I am also a huge fan of Sesame Street, and they always have letters as the building blocks of learning for everything."

Once Santos’ entry was chosen, the next step was bringing that vision to life. To do that, Central Atlanta Progress and the project’s other stakeholders turned to Landscape Structures, Inc., to engineer and construct the playground. The Minnesota-based manufacturer began to create a playground that was safe and accessible while remaining true to the Santos’ design.

"I visited Atlanta, and it was mind-boggling how much the ATL is used throughout the area. By designing the playground using the letters ATL, it gave the playground a sense of place, which is very important for children," said Nick Metz, a custom designer with Landscape Structures. "The playground structure is relatable to children and gives them a feeling of ownership and something to be proud of."

To learn more about Landscape Structure’s work on the project, watch this video:

Next time you are in Woodruff Park (perhaps for Free Yoga on Saturdays), be sure to take a moment to stop by and soak in the artistry of this truly one-of-kind playground.