On Wednesday, October 1, Atlanta Streetcar 1001 will make its first trip around the system’s 2.7 mile route under its own power. The electric streetcars are powered by an overhead wire carrying 750 volts DC. All four Atlanta Streetcars must undergo and pass specification, performance, and safety tests to be ready for passenger service later in 2014.

The test of Streetcar 1001 will take place overnight, beginning at approximately 11 p.m. and going until the early morning hours of Thursday, October 2. The streetcar will travel slowly – at approximately 5 m.p.h. – along the route, and will stop at each of the 12 stops to ensure the vehicle’s self-leveling mechanism is performing as designed. For safety and to allow streetcar personnel to work efficiently, spectators are asked to remain on the sidewalks and not to come up onto the streetcar stops during testing. The Atlanta Police Department will escort the vehicle along the route. 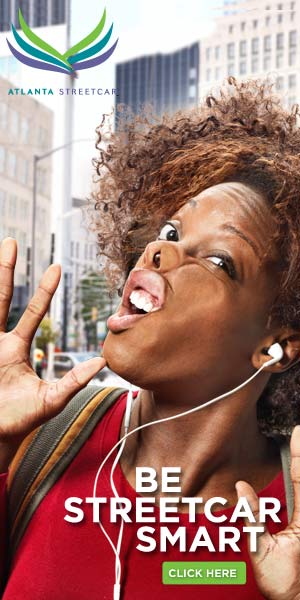 The test will start along Auburn Avenue at Fort Street, through Woodruff Park, north on Peachtree Street, west on Ellis Street to Carnegie Way and Andrew Young International Boulevard. The vehicle will then turn south on to Centennial Olympic Park Drive, head east on Luckie Street, south on Park Place, east along Edgewood Avenue, north on Jackson Street, and complete the loop on Auburn Avenue.

Motorists are advised that rolling closures will take place along the streetcar route and traffic may be delayed; they are advised to take alternate routes while the testing is taking place.

Drivers are also reminded that vehicles along the streetcar route need to be parked fully within the white lines of the parking spaces, and that double-parking is not allowed. Illegally parked vehicles along the route will be ticketed and/or towed.

The Atlanta Streetcar is a collaborative effort among Atlanta’s political, business and transit communities to bring to fruition critical infrastructure that will connect the metro area and the greater region. Partnership and innovation, key qualifiers for the federal government’s TIGER II Discretionary Grant program, are exhibited by this joint effort involving the City of Atlanta, the Atlanta Downtown Improvement District, and MARTA.