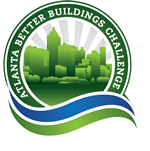 Atlanta Mayor Kasim Reed was one of 60 leaders on hand to kick off the national Better Buildings Challenge (BBC) in Washington, D.C., on Friday, Dec. 2.

Representing the City of Atlanta, Mayor Reed was joined by CEOs, mayors, university presidents and labor leaders in a ceremony in which President Obama and former President Clinton announced nearly $4 billion of investments in combined federal and private sector energy upgrades to buildings over the next two years.

These investments will save billions in energy costs, promote energy independence and, according to independent estimates, create tens of thousands of jobs in the hard-hit construction sector.

Along with Los Angeles and Seattle, Atlanta is a flagship city for this national sustainability project set forth by President Obama. The Atlanta BBC is part of the Better Buildings Initiative introduced in February, and challenges commercial, municipal, educational, medical and industrial property owners to make buildings 20 percent more energy efficient over the next decade.

“Thanks to the leadership of Central Atlanta Progress, we are ahead of the game in this challenge,” said Atlanta’s Sustainability Director Denise Quarles. “The buildings participating in the retrofits will initially exceed two million square feet, with broader participation expected over the next few years.”

“The enthusiasm Downtown property owners have shown for the Atlanta Better Buildings Challenge is exciting and encouraging,” said A.J. Robinson, president of Central Atlanta Progress. “We look forward to moving full speed ahead with this citywide sustainability effort over the next few years.”