Pop Classics with Staying Power Marilyn McCoo and Billy Davis Jr., are the seven-time Grammy Award-winning duo, known as "The First Couple of Pop & Soul." Marilyn and Billy have been married for 53 years, and they launched the original 5th Dimension as lead singers and co-founders of the legendary group. Marilyn began her career singing with Ray Charles, and Billy in churches, choirs and artist management, including Anna Mae Bullock a.k.a. Tina Turner. Music critics call Marilyn and Billy's voices, "bionic." Their Pop/Soul classics include "You Don't Have To Be A Star (To Be In My Show," "Up, Up And Away," (Grammy Hall of Fame, 2004) "Aquarius / Let The Sunshine In," (Grammy Hall of Fame, 2003) "Worst That Could Happen," "Stoned Soul Picnic," "Sweet Blindness," "Wedding Bell Blues," and "One Less Bell To Answer." While with The 5th Dimension, and after leaving the quintet, Marilyn and Billy paved the way for countless artists and made history for the African American community, when “The Marilyn McCoo & Billy Davis Jr. Show ” on CBS became the first and only television series (to date) to star a Black married couple. Marilyn and Billy are the authors of "Up, Up and Away, How we found love, faith and lasting marriage in the entertainment world ." The book details how they weathered opposite backgrounds, alcoholism and the glamorous lifestyle, and serves as an inspiration to fans and married couples alike. 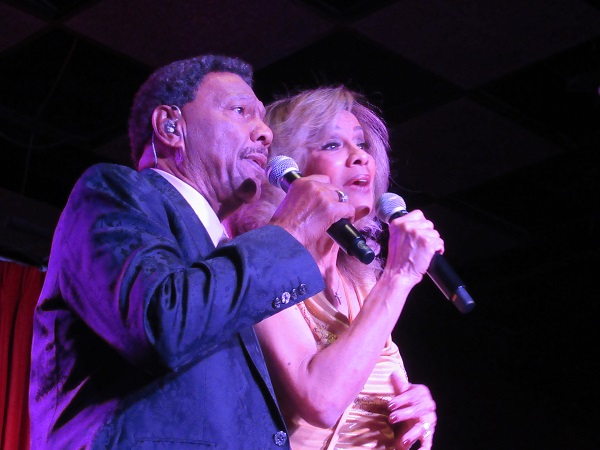