A 4,800 square-foot natural art exhibit is being created in Woodruff Park to commemorate International Day of the Girl, raise awareness about NASA’s Artemis Program, and inspire women and girls through the high-profile STEAM (Science, Technology, Engineering, Art, Mathematics) exhibit.

From October 11-22, the Earthwork will be displayed as an eco-friendly grass artwork featuring active NASA astronaut Stephanie Wilson. Her 42 days in space are the most of any female African American astronaut. The intent of the art exhibit is to inspire women and girls, and especially people of color, to aim higher and reach for more advantageous goals.

The Artemis Program is a United States-led international human spaceflight program launched in 2017 with the primary goal of returning humans to the Moon in 2024. During the Artemis program, NASA will land the first woman and first person of color on the Moon, using innovative technologies to explore more of the lunar surface than ever before. NASA will collaborate with our commercial and international partners and establish sustainable exploration for the first time. So far, eight countries along with the US have signed the Artemis Accords, an international agreement between governments participating in the Artemis Program.

Christina Korp is President of Purpose Entertainment and is the former manager of astronaut Buzz Aldrin, one of the first men to walk on the Moon along with Neil Armstrong on Apollo 11. She is a space marketer and influencer who has an extensive background in producing space themed events and exhibitions. Korp produced the last five major galas at Kennedy Space Center celebrating Apollo 11 including the Apollo 50th Gala. She also conceptualized and produced The People’s Moon project, which resides as a permanent exhibit at Kennedy Space Center. She recently produced Our Story100 for the US Government’s Women’s Suffrage Centennial Commission. Learn more: christinakorp.com

Stan Herd, a native of Kansas, has been active in film, music and the arts in America’s heartland for over 40 years. He began creating large scale “Earthworks,” giant eco-friendly artworks made of organic materials, gaining recognition in National Geographic and Smithsonian Magazine. In 2020 he created Earthworks of Kamala Harris and Joe Biden, which gained attention by the Biden presidential campaign. Herd has created Earthworks all over the United States as well as in Australia, Brazil, China and Cuba. Learn more: stanherdarts.com 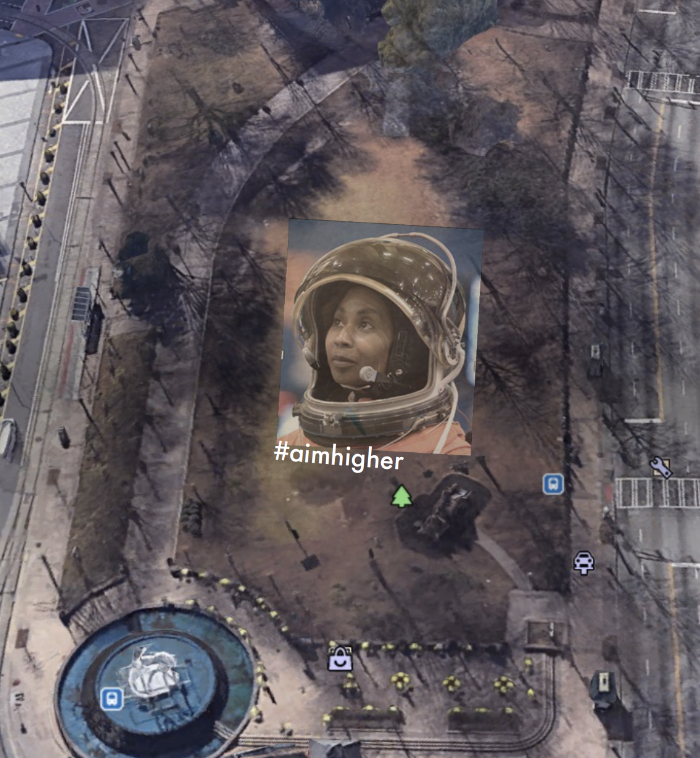