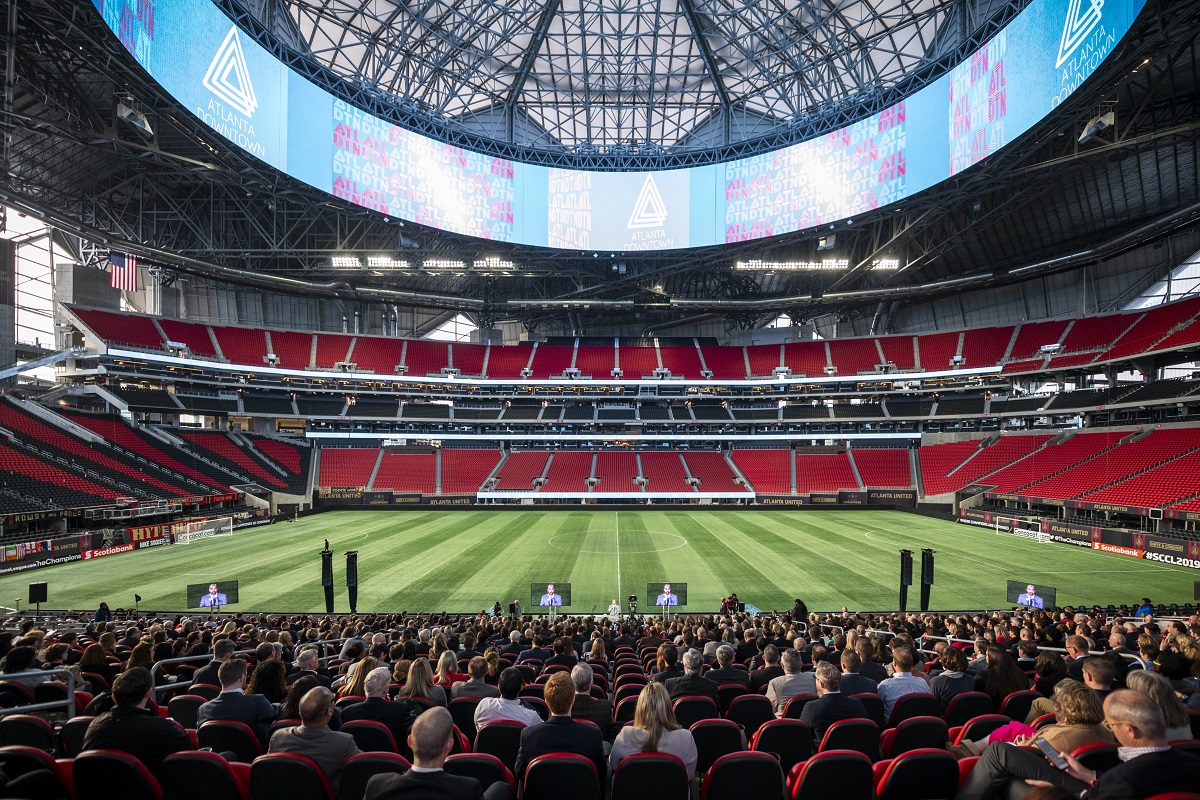 The Annual Meeting & Awards Celebration is CAP/ADID’s flagship event – an opportunity to commemorate the previous year’s achievements and look ahead to what’s next. The event honors the people, places, and businesses that are shaping Downtown’s exciting future and serves as the stage for the presentation of three prestigious awards. There’s no better opportunity to influence and inspire new clients, network with business associates, meet new contacts, and stay informed on what’s happening in the heart of the city.

Information about our 2020 Annual Meeting & Awards Celebration is now available.

Each year we award leaders and institutions that have had an indelible impact on Downtown Atlanta with the following:

Established in 2003, the Turner Community Leadership award identifies and celebrates Downtown’s “unsung heroes.” Recipients embody the true meaning of quiet leadership, continually working on the community’s behalf to make Downtown a better place for all by means both large and small. While Turner award winners may not appear on the traditional radars of the corporate and organizational leadership world, their grassroots efforts make them all the more worthy of recognition.

Created in 2008 and renamed in 2016 to honor Bernie Marcus for his contributions to Downtown, the Marcus Downtown Economic Impact Award recognizes an individual, company, or project that has stimulated revitalization efforts that strengthen and advance Downtown at large. The award’s selection criteria include both quantitative and qualitative impacts, from increasing investment dollars to leaving a “positive mark” on the community. This award is given to the people and places we consider to be “game-changing” for Downtown’s development.