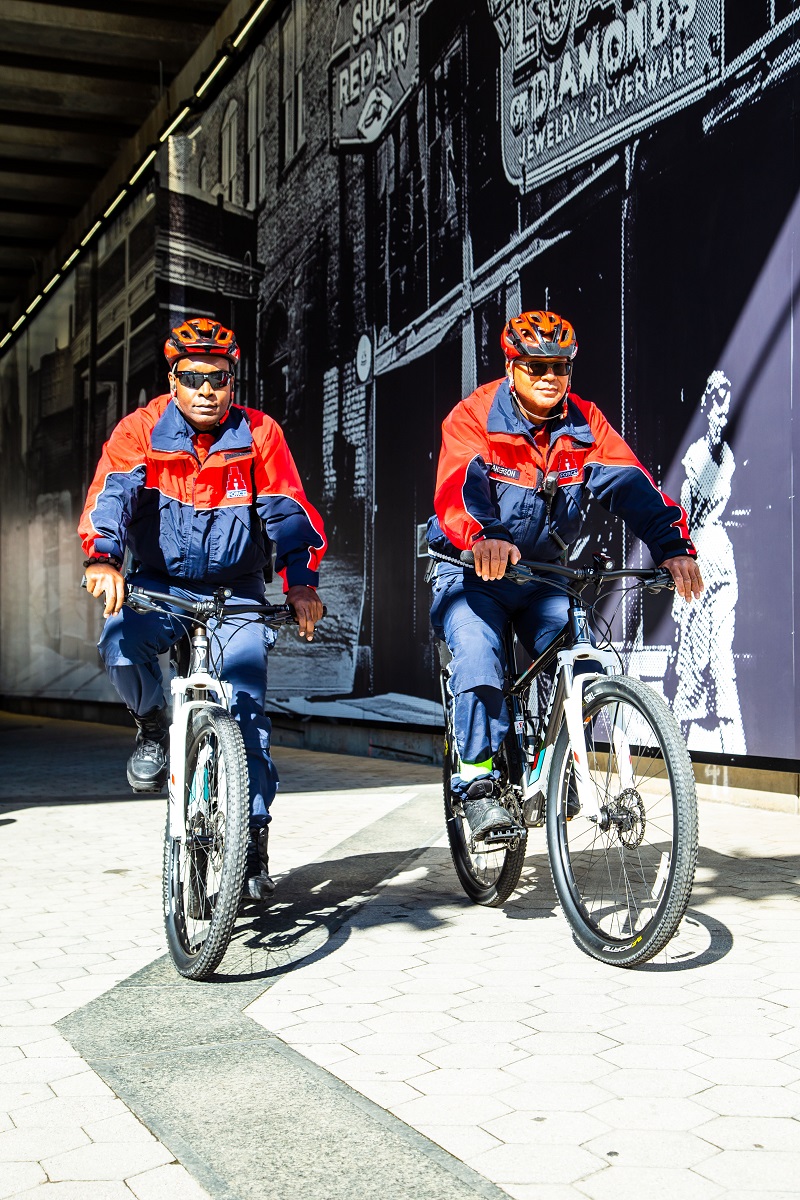 Whether you are a Downtown community member or a visitor just here for the day, you probably have crossed paths with one of the members of Downtown’s friendly and helpful Ambassador Force. Ambassadors patrol the Downtown Improvement District’s 220 blocks to enhance public safety and ensure Downtown is welcoming and hospitable for guests and residents.

The Ambassador Force stays mobile and takes full advantage of the bike infrastructure in Downtown Atlanta by traversing the neighborhood by bike, trike and segway. During the month of October, the Ambassadors have joined us in celebrating the Atlanta Bike Challenge - Biketober and all of the benefits that come with biking in Atlanta.

Not only do the Ambassadors have a large cycling presence in Downtown year round, but this Biketober, they have two teams taking part in the challenge.

According to Ambassador Kevin McCrae, “[biking on] the Peachtree Center bike path is the most efficient way to travel from north to south in Downtown Atlanta.” Traveling by bike instead of car can drastically cut travel times and “reduces traffic conflicts and vehicle crashes.” McCrae notes that biking also boosts his mood and energy levels.

Downtown strives to be a cyclist-friendly part of the City, already boasting a network of protected bike lanes, hundreds of bike parking locations, and a variety of group bike rides, like Mobile Social and Critical Mass, that gather in Woodruff Park (in non-COVID times). In addition, Central Atlanta Progress and the Atlanta Downtown Improvement District continue to advance efforts to offer a real choice in transportation to reduce traffic congestion and reliance on automobiles, and create more space for biking and walking.

Join us Downtown for a bike ride during the month of October to check out Downtown, participate in Biketober, and perhaps share a wave and a friendly bike bell ring to greet one of the Ambassador Force members out in the field.